Alrighty then. Once again, it’s been awhile since I’ve done a book review. That’s mainly because I took the time to re-read the Harry Potter series. Plus, I usually do my reviews on series as a whole, so I always wait until I’ve read the entire series before reviewing it. Either way, I decided I better get this review done before I procrastinate too much and forget what happened in the series…^^;

This review will be focused on the Dog Days series written by John Levitt. 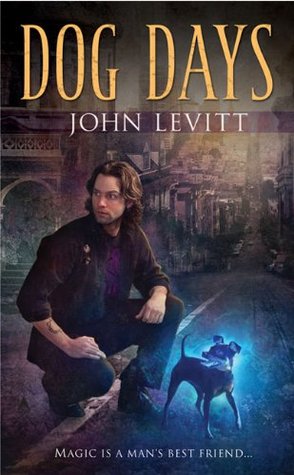 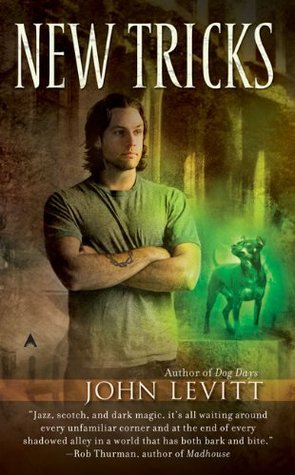 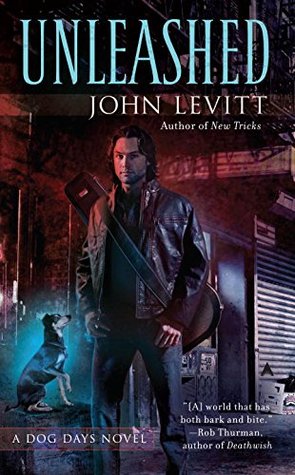 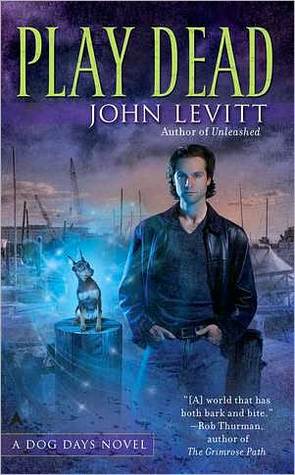 Here is a Goodreads synopsis of the first book in the series:

Mason used to be an enforcer, ensuring that suspect magic practitioners stayed in line. But now he scrapes out a living playing guitar. Good thing he has Louie, his magical…well, let’s call him a dog. But there are some kinds of evil that even Louie can’t sniff out. And when Mason is attacked by a supernatural assailant, he’ll have to fall back on the one skill he’s mastered in music and magic – improvisation.

The setting is focused in San Francisco, California. Mason, the main character, lives in a world very much like our own, but where magic is well…real. However, they prefer the word ‘talent’. Practitioners, those who can control talent, are on the down low, as well as anything else that falls under the supernatural category. And they like it that way. Too much attention from non-practitioners usually leads to trouble.

Mason, a sardonic young man who has a cliche-like problem with authority, used to be an enforcer – or rather a practitioner who kept other practitioners in line – but wasn’t too fond of taking orders, so he quit. As the synopsis stated, he now lives a quiet life playing the guitar with Lou, his dog…who isn’t really a dog. Lou is an Ifrit. Ifrits are magical beings that occasionally appear to a practitioner and become their companion. They’re very mysterious creatures; no one knows what they are exactly, or where they come from. But ever practitioner who has one is lucky they do.

After an attempt on his life, Mason goes looking for help from a few of his old friends, which include: Eli, a genius and former linebacker, with little talent of his own, Sherwood, Mason’s old girlfriend but who is now just a friend, and Mason’s old boss Victor, an extremely gifted practitioner, who wouldn’t really count as a friend…let’s just say they tolerate each other. Barely.

And the story goes from there. Each book has its own unique plot, but steadily leads to something larger in the end. I wasn’t a huge fan of the ending, but I rarely am so I’m slightly biased on that part. But the overall series was a great read. Levitt’s writing style was smooth, his characters well thought out, and the world-building left me wishing it was real instead of fiction.

So, if you’re looking for a short urban fantasy series give this one a try and tell me what you think! I certainly enjoyed it.