Hello all! Three posts in one day. I think that’s a record for me. Anyway, I’ve been wanting to do a post like this for awhile now, but I just haven’t gotten around to it. I’ve seen a couple others do it and thought it’d be neat to talk a bit about the TV shows and stuff I’m currently watching so that I can discuss the shows with other people that are also watching them! Whoo! Here we go then.

Royal Pains. I’ve been watching this show ever since it started airing. I’m usually not a fan of doctor-type shows, since I don’t like the whole hospital atmosphere, but I really really enjoy this one. Probably because it rarely takes place in an actual hospital.

Yes, I watch Teen Wolf. What can I say? I love werewolves. Melissa and Joey. I watched the ABC Family movie Melissa Joan Hart and Joey Lawrence starred in, My Fake Fiance, and when I saw they were staring in a show together I had to watch it.

Baby Daddy. Again, this starred Jean-Luc Bilodeau, who also starred in ABC Family’s show Kyle XY, so I wanted to check this one out too.

I’ve been wanting to watch Supernatural for awhile now, and finally started it last year. I’ve only watched the first four seasons, but I’m steadily catching up. It’s amazing.

GAH! I love love love this show! <3 Still need to watch the 10th season though…

I’ve also been plugging away at Friends. I’ve seen a few episodes here and there but wanted to start watching them in order, cause I’m special like that, so yeah. Working on it.

On-Going TV Shows That I’m Currently Caught Up On:

Fairy tales coming to life, yo.

Who doesn’t want to know? ;D

Gotta keep up with the Marvel Universe.

Haven’t read the books. Probably never will, honestly. I’m too invested in the show and I heard it’s quite different. 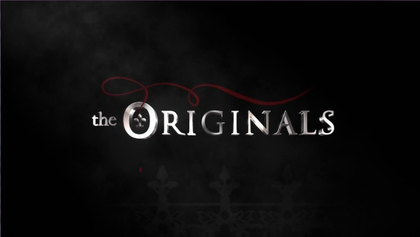 Spin-off of The Vampire Diaries. I was actually enjoying this one more than the one above this past season. 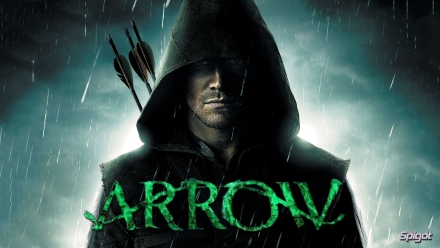 Stephen Amell is smoking hot. And he takes his shirt off a lot in this show. But beyond that, the show itself is also amazing.

Spin-off of Arrow. Great characters in this one as well, and it’s more on the humorous side.

Reign is more entertainment than actual history, but it’s still fun to watch.

Once again, fairy tales! Definitely darker than Once Upon a Time. I just caught up on this one and SHIT WENT DOWN. Someone please talk to me if they’ve watched it and are also caught up. PLEASE!

I’m still working on Hunter x Hunter. I got distracted with everything else I’ve been watching so I put this one on hold for a bit. Still am in love with it, and will hopefully catch up soon.

I’m on the second season of Durarara!! It’s currently airing and I think I’m only one episode behind…

Honestly, I didn’t think I would ever get into a sports anime, but Kuroko’s Basketball is definitely one of my favorite anime’s now. I’m currently still catching up on the third season.

I was planning on watching Attack on Titan eventually, but my co-worker and I got bored at work and began watching this whenever work slows down. I’m loving the story so far. I wasn’t a huge fan of the main characters at first, but they’re growing on me now, and some of the ones introduced later on are definitely more likable.

And that about wraps that up! Yes, I watch waaaaay too many shows. I know. But as I mentioned earlier, if you happen to watch any of these and would like to discuss them, that’d be awesome! :D