In my other review I expressed that I was really loving this show. I said I hoped it only got better from the first arc. Guess what? IT DOES! I’d like to think I’ve watched my fair share of anime, and I have to say this one is turning out to be one of my favorites.

BE WARNED:  This review will contain spoilers, so if you haven’t watched this anime before and are planning to, I would suggest you don’t read any further. If you don’t care, feel free to continue reading! :)

This arc is short, including only five episodes. I can’t quite remember if it’s revealed at the end of the first arc, or the beginning of this one, but it’s now known that Killua comes from a family of professional assassins. It’s not all that surprising, considering some of Killua’s actions during the first arc. After facing his brother and failing the Hunter Exam, Killua returns home. Gon, having been unconscious during the event that led to Killua’s failure, heard what happened and decides to go ‘rescue’ him. Leorio and Kurapika join him.

Killua was a bit of a mystery in the first arc, so I enjoyed these episodes because you get a glimpse into a bit of his background. Having met one of his brother’s in the previous arc, I’m sure people were curious to find out what the other members of his family are like. You don’t get to meet every member but you are introduced to most of them, including his brother Milluki, his mother, Kikyo, his brother, Kalluto, his grandfather, Zeno, and his father, Silva. These few episodes give you a taste of their personalities and why Killua is the way he is. 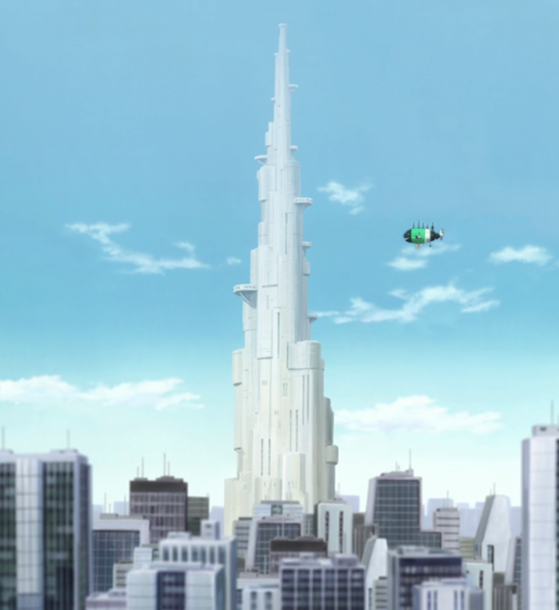 After Killua rejoins the group, Leorio and Kurapika decide to go their own ways. Gon and Killua wish to train more, and make some money, so Killua suggests they head to Heavens Arena, where people can make money by fighting one another as they ascend the giant tower. While there, they meet a few new characters and once again encounter Hisoka. Due to the events in the first arc, Gon is in Hisoka’s debt and the only way he’ll be able to repay that debt is when he can punch Hisoka in the face. That’s one of the main reasons he’s been training so hard.

During their training, the two boys learn about Nen, a technique which allows a person to manipulate their own life force. After being taught this ability, they are able to defeat more difficult foes. Impressed, Hisoka invites Gon to fight him.

The fight between Hisoka and Gon is definitely one of my favorite parts in the anime so far. They are two of my favorite characters. Hisoka is one of the creepiest (if you watch it you’ll see why) ‘villains’…ever, but that just makes him an even better antagonist. Gon manages to punch Hisoka and return his tag. Unfortunately, he doesn’t win the fight. Deciding it’s time to leave Heavens Arena, the boys take their winnings and head back to Gon’s home on Whale Island. There they find a clue left by Gon’s father, Ging.

This arc focuses mainly on Kurapika and the Phantom Troupe, the group of Nen users that murdered his people, leaving him the sole survivor of the Kurta clan. Back at the end of the Zoldyck Family arc, the four main characters promise to meet back up in Yorknew City on September 1st, due to some information Hisoka gave Kurapika during the final stage of the Hunter Exam.

It’s known that an underground auction is happening in the city. Kurapika finds a job as a bodyguard for someone with connections to the auction, and Gon and Killua wish to attend the auction to gain access to a video game called Greed Island, due to the clue from Ging. Leorio also comes back into the picture to help out.

This arc is extremely fast-paced and just as great as the others. You get to witness Kurapika’s development during the past six months (he’s pretty bad-ass now, not that he wasn’t before) and you get an intimate look at most of the Troupe members. I enjoy books and anime that focus on the side of both the protagonists and the antagonists.

I don’t want to spoil anything else, so I won’t go into further detail about this arc. But it’s awesome. So go watch it. Like, right now. Seriously. GO!

And that’s about it! I’ll probably write a review for the last three arcs as well, although that may take awhile since I still have…90 episodes to watch. And I’m watching other things at the moment as well. But it will get written! Eventually! :D